All-Star Weekend In A Single Day 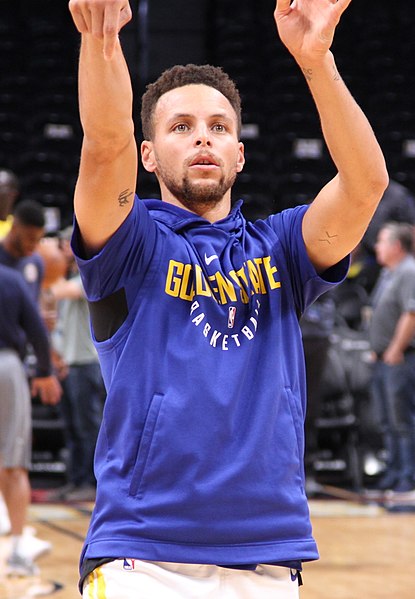 Despite Covid concerns, the Atlanta Hawks have hosted the 2021 all-star game in the State Farm Arena, Atlanta on March 7, 2021. As tradition All-Star weekend is a three-day event from Friday to Sunday, however, this year’s version of All-Star weekend has been condensed into one day consisting of the skills challenge, All-Star game, three-point contest, and dunk contest (not including the rising stars game) making it an action-packed event.

For the first even of All-Star weekend, the Taco Bell skills challenge featured Guard, Chris Paul from the Phoenix Suns, point-forward Luka Doncic from the Dallas Mavericks, forward Robert Covington from the Portland Trailblazers, forward Julius Randle from the New York Knicks, forward Domantas Sabonis from the Indiana Pacers, and forward Nikola Vucevic from the Orlando Magic. Surprisingly, this year’s skills challenge primarily consisted of forwards/centers with the shortest person on the floor being 6’7 besides Chris Paul. Though the skills challenge saw many forwards they were surprisingly agile and skilled with on-ball dribbling and passing. The skills challenge ended with a close match between Vucevic and Sabonis with both players rushing to hit the three-point shot to win it all. Sabonis has been named the winner of this event redeeming himself from the 2020 skills challenge as the runner-up to Bam Adebayo.

The three-point competition was one of the more hyped-up events of the All-Star weekend as the competitiveness had everyone watching on the edge of their seats. The three-point contest consisted of Stephen Curry from the Warriors, Zach LaVine from the Bulls, Donovan Mitchell from the Jazz, Jayson Tatum from the Celtics, Devin Booker from the Suns, and Jaylen Brown from the Celtics. Booker was unable to participate due to a knee injury. In his place, Mike Conley was put in the three-point contest. The three-point contest added a new addition where there would be an extra-long three-pointer that when made would count for three points to make things interesting. The championship round was certainly exciting for everyone to watch as Tatum, Conley, and Curry battled it out until the very end. The contest ended up on the wire as both Curry and Conley both put up a performance as Curry barely pulled through with the victory with a score of 28 to 27, with the help of the newly implemented long three-point shot.

Though the All-Star game roster has already been announced there have been some changes due to injury. The finalized starting roster for team LeBron consists of Giannis Antetokounmpo of the Bucks, Stephen Curry of the Warriors, Luka Doncic, James himself from the Lakers, and Nikola Jokic of the Nuggets. For team Durant, the starters are Bradley Beal from the Wizards, Kyrie Irving from the Nets, Kawhi Leonard from the Clippers, Jayson Tatum from the Celtics in place of Kevin Durant, and Zion Williamson from the Pelicans who will replace Joel Embiid in the starting line up. Also, Anthony Davis was replaced by Devin Booker who was also injured and replaced again by Mike Conley.

The All-Star game ended in a blowout as team LeBron outscored team Durant with a final result of 170 to 150. The All-Star game was a treat to watch as there were several highlights in this high-scoring game along with some historic moments. Chris Paul yet again displayed his talent for playmaking as he dished out 16 assists breaking Magic Johnson’s record for most NBA All-Star assists with 128 to his name. Also, Antetokounmpo has made history as he has been named the first athlete to have a perfect game, not missing a single shot out of his 16 attempts scoring 35 points for the game, and securing the title of MVP for the game. Throughout the game, there were several memorable highlights such as the rivalry of Curry and Lillard hitting shots from the logo and even from half-court. While we saw some guards shoot the ball we also have been gifted with unexpected slams from our point guards as Paul threw a perfect lob to Curry for the alley-oop finish. Even more surprising, Curry repaid the favor by throwing his lob back to Paul in another possession in a spectacular alley-oop slam from Paul. The last time we saw Paul successfully dunk was five years ago in the 2015-2016 season and more memorably Paul’s iconic poster on a prime Dwight Howard in 2006.

Lastly, the dunk contest was held during halftime of the All-Star games which featured rookie Obi Toppin from the Knicks, Anfernee Simmons from the Trailblazers, and Cassius Stanley from the Pacers. The Dunk contest displayed these athletes’ skill and athleticism as each contestant threw some impressive dunks. The winner of the 2021 dunk contest was given to Simmons after demonstrating his leaping ability by grabbing the ball well above the rim before slamming it, a tribute dunk to Vince Carter’s 360 double-clutch dunks. And lastly, a self-lob where he attempted to kiss the rim before slamming it but pulled back at the last second.

While hosting All-Star weekend is a controversial topic considering the safety concerns, the one-day event was certainly entertaining producing even more iconic NBA moments. Now that All-Star weekend has passed the fun and games are officially over. Who’s ready for the second half of the regular season?