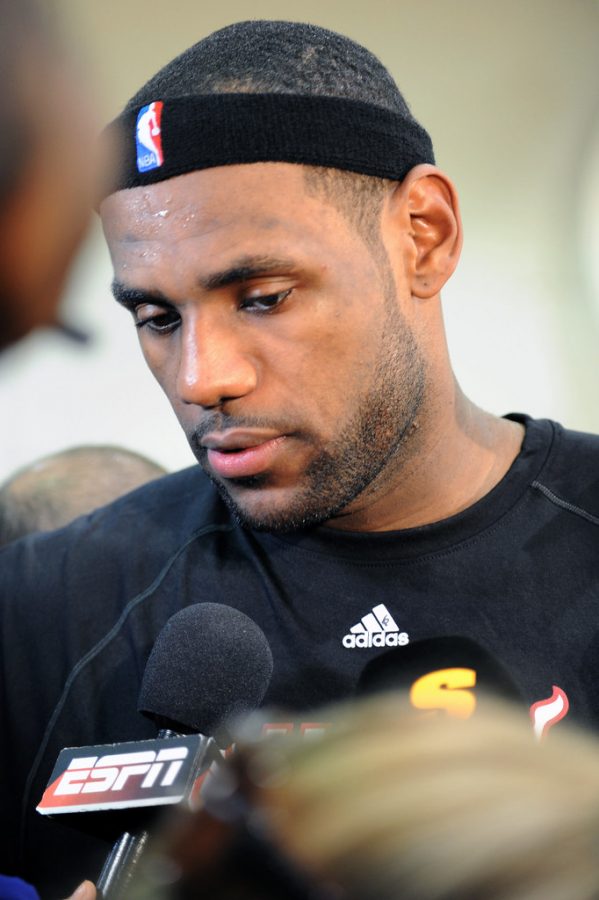 Despite the negative opinions towards hosting an All-Star event this year the NBA has officially announced the schedule for All-Star Weekend. Originally, All-Star Weekend was planned to be hosted by the Indiana Pacers at the Bankers Life Fieldhouse in Indianapolis, Indiana. However, due to the upcoming concerns of Covid-19 cases rising, it was moved. Due to this issue, instead of canceling All-Star Weekend, the NBA has decided to change the location where the Atlanta Hawks will host the All-Star events in the State Farm Arena while postponing the event in Indianapolis till the 2024 season. These courses of events have shocked the league as several athletes in the NBA have spoken negatively of the idea of having an All-Star Weekend this season.

LeBron James, starting small forward for the Los Angeles Lakers, and arguably the face of the NBA has spoken out on matters concerning the All-Star game as well with the everyday stress of playing in the league while in the pandemic during a press conference on the matter.

“I have zero energy and zero excitement for an All-Star game this year; I don’t even understand why we are having an All-Star game but it’s the agreement that the players association in the league came about,” James commented on the matter, “We were told that we were not having an All-Star game so we have a nice little break. Five days from the fifth to the tenth, an opportunity to recalibrate for the second half of the season… Pretty much a kind of a slap in the face.”

As James recalls during a press conference on February 4th, the players association has surprised the league after promising a five-day break. The levels of stress athletes are experiencing due to the pandemic are at an all-time high as schedules are constantly changing to keep up with Covid-19 guidelines and regulations. James also disagrees on the topic of having an All-Star game this season as there is still a pandemic and relocating the entire league to an open city isn’t the wisest decision. Despite this James is still willing to play if he is selected to play in the All-Star game.

Despite the sudden change in the regular-season schedule, NBA players do not have a choice when it comes to deciding if they will be participating. If a certain player is picked to be a part of the All-star games roster they basically have their hands tied. The result for purposefully missing a game can leave the athletes who decided to sit out of the game with a hefty fine. In a sense, this is perfectly understandable because a perfectly healthy NBA player is getting paid to perform on the court. However, this situation is completely different seeing how an All-Star game during a fanless arena in the middle of a pandemic is completely ludicrous.

Kawhi Leonard, the starting small forward for the Los Angeles Clippers, like Lebron, have expressed their feeling on the All-Star game as Leonard too, feels that such an event is unnecessary, stated during a press conference on February 5th.

“It is what it is. We all know why we’re playing it. It’s money on the line. It’s an opportunity to make more money. Just putting money over health right now, pretty much,”  Leonard clarified. “We are playing games now and there is still a pandemic, doing all these protocols and rules so it doesn’t really surprise me.”

As controversial as the All-Star game is this season, it feels as if the league is only going through with All-Star Weekend strictly because such an event will generate revenue to the league. Relocating the entire league to an open city is a dangerous gamble when accounting for the potential risk All-Star Weekend can pose on the league. If one athlete has been infected with Covid during the All-Star events, the virus can quickly spread and infect a vast portion of the league resulting in another shutdown. Playing in the regular season is already risky enough, the All-Star game is completely unnecessary.

Joshua Bojorquez and Christian Russell, seniors at Rancho are some of the many who have kept up with the NBA as well as the events surrounding All-Star Weekend.

“Personally there should be a compromise between the board, the players, and the coaches. They can create a system so they can have an All-Star game. But if the players aren’t going to bring the passion and ambition to deliver an outstanding game they should maybe at least postpone it but if the players continue to complain and not own a title then maybe it should be canceled for another time,”  Bojorquez mentioned. “The NBA should or at least try to because the NFL was able to pull off the Superbowl so why can’t the NBA pull off an All-Star game. There are only risks if people don’t get with the program and take the right precautions to be safe and secure from any Covid contact. Other than that it can be smooth sailing with the right moves.”

Bojorquez believes that if executed properly, the NBA All-Star Game should be a success as protocols will prevent covid from spreading in the league. If the NFL can allow the Super Bowl to continue then so should the All-Star game, in Bojorquez’s opinion to prevent a double standard. However, if the players are not willing to put up an exciting performance, due to the stress of the NBA season under the pandemic then he believes a rescheduling of All-Star Weekend should happen. So that in the future when Covid is hopefully not a risk, the NBA All-Stars can put on a performance with fans in attendance.

“I believe that the All-Star game should still go through as usual as long as it is regulated in order to help keep the players and staff safe from Covid-19,” Russell mentioned. “Even though they will most likely not have fans in the arena, fans can still watch and enjoy the game on live television in the comfort of their own home.”

As Russell stated, the NBA All-Star game will definitely be different without the fans and the crowd present in the arena. Without the fans, the All-Star game will lose its electric feeling as the energetic chants and cheers will be replaced with silence. Even if the game will be slightly less energetic the fans should still have the opportunity to enjoy the game where they can see all their favorite player’s pull of performance as long as the guidelines and regulations are present to ensure the athlete’s safety.

If things go according to plan and the NBA does not postpone or cancel the All-Star game, the starting line up for the eastern and western conference have already been selected.

Though the All-Star game is a highly controversial topic, it is certainly looking to be an exciting event just by looking at the starting lineups alone. While the game is out of the hands of the NBA players, it is likely that the All-Star game will still carry on. As long as the league is extremely careful in executing the All-Star weekend to ensure the safety of the players, staff, and all others who contribute to the events’ safety.