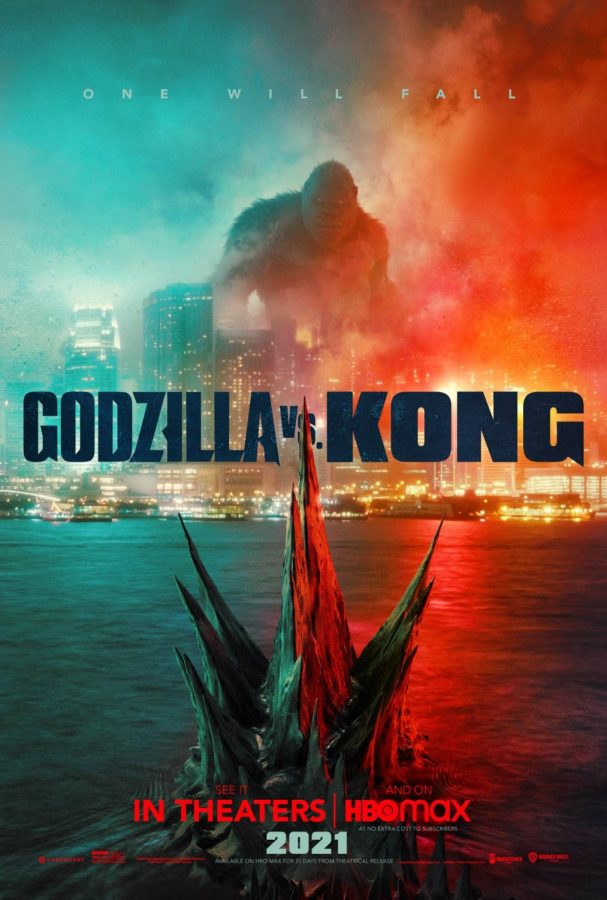 There’s finally a new blockbuster coming out in 2021 and it’s called Godzilla vs. Kong. A lot of people are looking forward to the movie and it premieres on March 31st on HBO Max for one month. Unfortunately, it might not be in theaters because of covid yet the excitement for it is still strong.

Wingard states, “one wins, and that’s it.” However, there are some theories such as the human characters are behind the reason why Godzilla and King Kong fight so they could destroy them both. Among that, there are even theories of a Batman V. Superman Dawn Of Justice, type of team-up against MechaGodzilla. Who knows what the film will hold

We interviewed Samantha Andrade, a tenth grader about who she thinks will be crowned victor in the upcoming films. Andrade said,”I have a feeling that Godzilla might win mainly because he’s bigger, and has more advantages such as being able to do more in the water; Godzilla is strong, has a big body and a tail that he can use while Kong, on the other hand, I feel like he’ll have trouble fighting back.”

Marcos Santiago, a tenth grader said, “I think Godzilla is going to win because he has plasma breath and Kong does not have it; as well as Godzilla being taller than Kong.

Also, “Godzilla has more durable skin than Kong and given the last film, Godzilla has burning power-up where he transforms into burning red and takes up a lot of radiation,’’ Santiago concluded.

Everyone is excited for this film as it’s literally the showdown on the century and given the scope of modern blockbusters, the experience will be huge. We writers have to share our thoughts on this,

Now the writers share their expectations, first up is Gilberto.

My expectations for the film is that Godzilla and Kong are going to team up against a bigger monster. And Godzilla is going to transform into the burning mode and maybe will die trying to protect the humans; in all very much like the last act of Batman V. Superman (if you’ve seen that film).

Now Salvador shares his expectations; my expectations for the film is that it will improve the pacing in the franchise, particularly the Godzilla movies as it’s more straightforward and not convoluted to the point where the titular characters are cameo appearances. Also, I think the action will be nice, even on the small screen, but if I can, IMax is definitely the way to go.

We along with everyone else cannot wait to see the film when it is made available to watch and stream on March 31st, 2021. The film will be rated PG-13 and along with the titular characters, will star (mainly) Alexander Skarsgård and Millie Bobby Brown. For more on the “monster verse,” Godzilla, Kong: Skull Island, and Godzilla: King Of The Monsters are available to watch on certain streaming services.