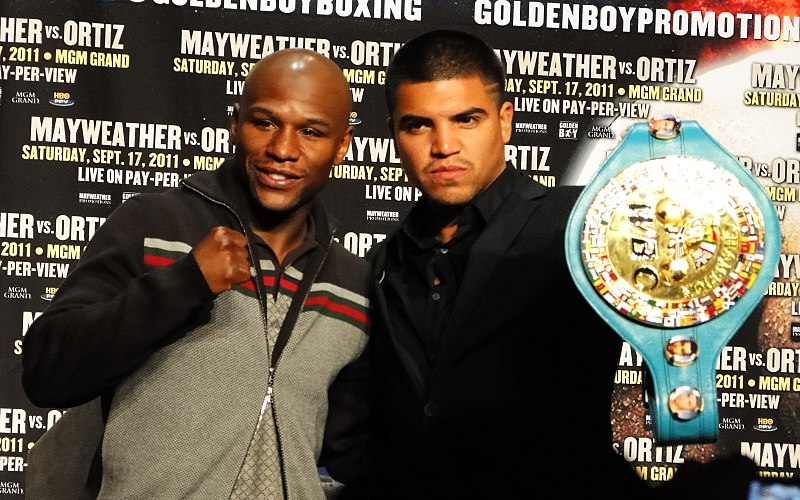 A sport as old as time, boxing has been defined by its intense training, bloody scraps, and of course the big payday. While big paychecks have become a staple of the sport, there were times where the means were more important than the ends. The importance that is put on money has tainted boxing, and it seems that the honor that held is slowly slipping away. Boxer’s motivations have changed and in turn, changed the way we view boxing.

In the times of The Greatest, Muhammad Ali, boxing meant something greater. It was the sport of warriors, who dedicated sweat, tears, and blood. While boxers today still put in all the dedication as before, they have different goals in mind. In arguably one of the biggest fights of his career, Ali vs. Frazier, Cassius Clay was promised only $4.5 million ($28.9 in today’s money). While this may sound like a big number, it was well deserved. You see, this fight took place after Ali’s time off due to his refusal to fight in Vietnam. During his 4 years of absence, Ali constantly fought against his exile because he wanted to be among the elite again.

Close to the turn of the century, boxing started to slowly transform into the flashy and pompous sport we see today. The embodiment of this change was in “Iron” Mike Tyson, one of the most vicious boxers of his time. Trained by the infamous Constantine “Cus” D’Amato, Tyson was unbeatable, and a force to be reckoned with. While his affairs in the ring are some of the most memorable, his life outside of the ring was even more iconic. Tyson was infamous for his hardcore party lifestyle, and it eventually led to his downfall. He was consumed by money and hit rock bottom when he involved himself with drugs, prostitutes, and other seriously unethical activities. While he will be defined in history as one of, if not the greatest fighters in history, his legacy will be tainted by his actions.

Now, it seems as though the Tyson way of life is more prevalent than the Ali way. Boxers like Floyd “Money” Mayweather have created their entire image based on making the most money from fights. In one of the biggest disgraces to boxing, Mayweather agrees to fight UFC champion, Connor McGregor. This fight was one side, but Mayweather was guaranteed a total of $100 million for just fighting him, not even with the winning bonus. Mayweather, who prides himself in his record of 50-0 took an easy fight because of the money instead of fighting another top contender. This showed that some boxers have sold the sport out in favor of large paydays.

There are two different schools when it comes to boxing in my opinion: the Tyson school and the Ali school. While there are still some fighters and fans that stay true to the integrity of boxing, they are few and far between. The ambition to get more money leaves fans out on many promising matches. Promoters do not give us fights that would be action-packed in fear that if their star moneymakers lose, they won’t have as big of a profit as they used to. They turn a sport of warriors into simple entertainment.