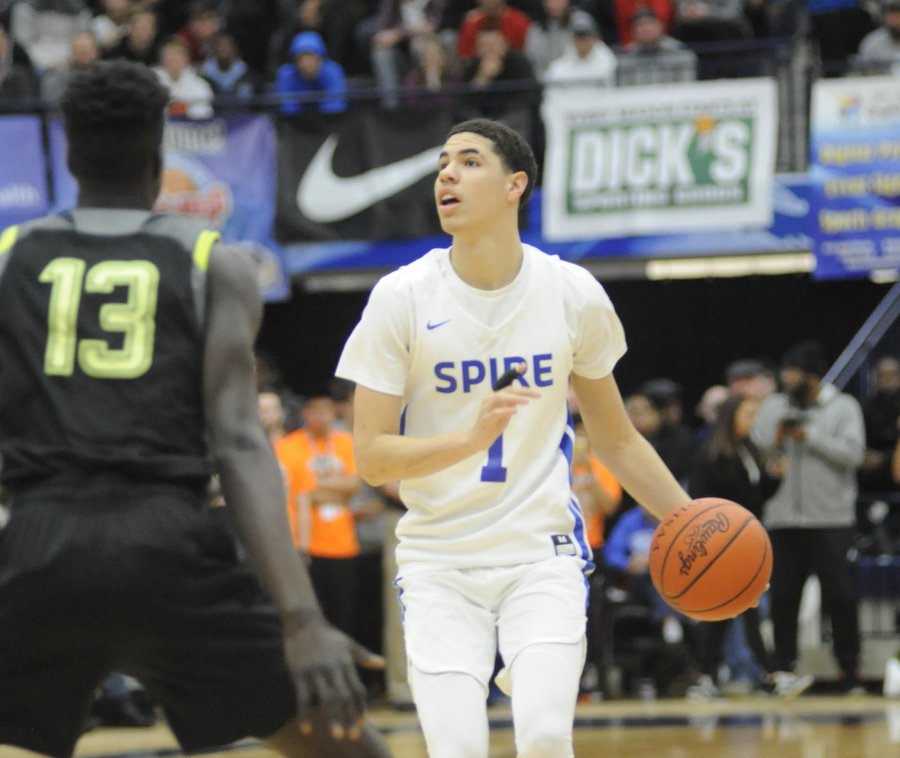 Throughout NBA history the draft has produced and made careers from talented individuals across the United States, as well as overseas prospects. Through the draft, we have seen lottery picks develop into NBA stars, draft busts, and steals coming from the late first to the second round of the draft. This year, all eyes are on the rookie LaMelo Ball as he is one of the most anticipated rookies coming from the draft this season being picked 3rd overall in the first round.

Marvin Madamba, a senior from Rancho is an avid fan of several sports including the NBA. Since the start of the NBA season, he has been keeping up with Ball’s progression throughout the past several games.

“What separates Lamelo is his basketball IQ. Right out of the gate, we saw Lamelo’s flashy passes and high assists games. His triple-double and solid performances show flashes of his future potential. LaMelo has a great basketball IQ but lacks strength in paint offense, has a questionable shot, plays lazy defense. Those performances show the best in his weaknesses,” Madamba noted.

LaMelo Ball is different from other rookies. In a sense, we have seen him grow up playing basketball while playing at Chino Hills with his brothers has put the spotlight on him along with great expectations on how he will perform in the NBA. LaVar Ball, the father of the Ball brothers, was known for his prideful personality making him the number one hype man for his sons. The combination of the confidence he has in his sons and their talent to back up his talk has put all eyes on Ball. Throughout LaMelo Ball’s brief NBA career, he has been faced with criticism and praise in his debut and performances in the preseason and the regular season.

Many people were shocked when LaMelo went scoreless in his preseason debut against the Raptors, missing all of his shots with 4 turnovers. Immediately sports fans started to label him as a bust as LaMelo was expected to show out during his preseason debut. Despite being scoreless, LaMelo did show that he was a talented rebounder and passer, grabbing 10 boards and 4 assists including the flashy behind-the-back pass for the assist. Throughout the NBA preseason, Lamelo Ball averaged 8.5 points, 3.75 assists, 5 rebounds, 3.5 turnovers a game playing 21.7 minutes a game according to basketball.realgm.com. During the NBA preseason, Lamelo struggled offensively from the floor as he shot 26.2% from the field and 27.3% from beyond the arc. However, despite being the preseason, Lamelo did not play as many minutes as we expected. Typically rookies would get more minutes during the preseason to break them in for the regular season.

P.E. teacher Dwayne Tatnall has been watching Lamelo Ball throughout his rookie season. However, he believes that certain decisions before entering the NBA may have impeded his transition to the professional level.

“LaMelo Ball has potential, but unfortunately he did not attend college. That may hamper and slow down his growth as a player. The path that his father chose for him was wrong and possibly detrimental to his game in my opinion,” Tatnall mentioned. “He may have a decent NBA career. But it seems as the other rookies drafted ahead of him may have better NBA careers.”

Similarly, LaMelo Ball had his NBA debut spoiled by the Cavaliers as he again went scoreless, missing all five of his shots, 3 assists, three turnovers, 2 steals, and 1 rebound playing only 16 minutes off the bench. Despite this poor offensive performance in his NBA debut, LaMelo has been improving rapidly as each game passes by.  Throughout all 14 games he has played so far LaMelo Ball has averaged 11.79 points, 6.79 rebounds, 6.14 assists, and 1.5 steals per game shooting 40.3% from the field and 33.3% from beyond the arc. Through only fourteen games LaMelo has seen an improvement in scoring, rebounding, assists totals, defense, and shooting efficiency. Naturally, Lamelo Ball’s efficiency on the court improves as he has received more in-game minutes than he had during the preseason and the beginning of the regular season which was usual as LaMelo played fewer minutes than we expected him to play with the Hornets.

After some in-game experience, LaMelo Ball had shocked the league as he became the youngest player in NBA history to record a triple-double at the age of 19 years old in only his 10th game in the NBA against the Atlanta Hawks. Facing the Atlanta Hawks: LaMelo put up 22 points, 12 rebounds, and 11 assists in his contribution to the Hornet’s victory over the Hawks. Throughout the 14 games that LaMelo has shown his strengths as he is an outstanding passer and playmaker, often making flashy and across-the-court dimes with ease. Despite being a guard he has proven to be a talented rebounder outperforming rookies such as James Wiseman in terms of grabbing boards.  LaMelo’s improvement has not gone unnoticed as among the rest of the rookies this year he leads the rookie class in both rebounds and assists per game and is second in scoring behind Anthony Edwards.

Despite LaMelo Ball’s electrifying and historical performance as a rookie, the path he is on will not be easy. Not only does LaMelo have much to learn from the game, but he also faces competition from other rookies from his draft class who are also talented athletes looking to create an impact such as James Wiseman and Anthony Edwards.

“Talking about Anthony Edwards and James Wiseman. Those two have the potential to be perennial all-stars or more. Both spent at least one year in college. Ball will carve out a decent career, better than the other Ball brothers.” Tatnall added.

LaMelo Ball is unquestionably one of the most hyped and sought-after rookies to see how he plays this NBA season as he still has much to improve to live up to his expectations. Though he might not have the best start to his NBA career, LaMelo is seen to be improving rapidly. Bust or future NBA star? Only time will tell.