The Race To The Top 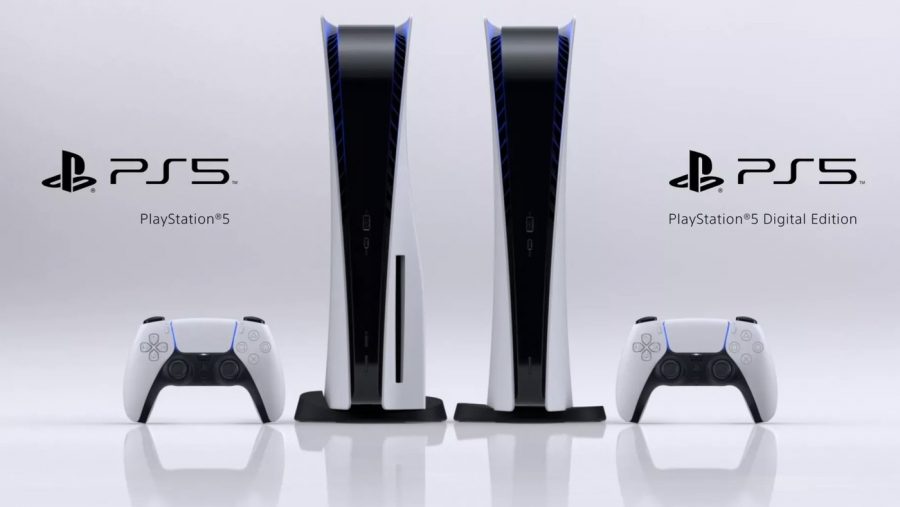 Playstation and Xbox have always been competitors and are constantly trying to get an advantage over one another. This year consoles are everything gamers are talking about which is sparking debates on which console is better and is worth getting instead of the other. But this is nothing new, gamers always had these debates and arguments but what is new is how each respective console is marketing their games and consoles and prices.

Both consoles hosted a live stream to showcase the games their consoles will have and show the beauty of there next-generation graphics, but Playstation revealed more games in their live stream and just showed off to Xbox all their exclusive games such as Marvel’s Spider-ManMiles Morales, Demon’s Souls, Sackboy: A Big Adventure, GodFall coming out at the launch with the PS5 and many more to come in the next two years. On the other hand, Xbox had Halo infinite but was delayed to 2021. Many fans were not pleased with Halo infinite being delayed because Xbox Players have been patient for 6 years just for it to not release. Although a lot of games have been delayed, gamers are still excited when asked about what games they are excited about.

“I think all of the games revealed are a new kind of experience, the graphics have updated so far to where most games look like movies. The games I’m most excited for, on the other hand, I’m really excited for Far Cry 6 and Cyberpunk 2077,” said Ty Coleman, a 12th grader

“The game with this launch is much stronger on the Playstation side as they have Spider-Man Miles Morales and other exclusives but Xbox lacks in the exclusive market and makes up for it with the game pass. Overall it’s a strong lineup of games for this generation,” said Marvin Madamba, a 12th grader.

Playstation did showcase more games that are exclusive only to PlayStation and you cannot disagree with how beautiful the games look with new graphics and hardware which is truly the next step in gaming. When asked what are your thoughts on both consoles they said.

“The PS5 and Xbox Series X represents a major step not in terms of graphical performance but in closing the gap between consoles and PC hardware,” said Madamba

Both consoles did upgrade to 8k and did have a significant jump from the previous consoles and are very close to becoming more like Pcs. Although both consoles did upgrade, Sony is not going to have their previous console games be played on the PS5, as only PS4 games are going to be compatible. On the other hand, we have Xbox series X which will be able to have games from the first Xbox and up. That itself did not put a Playstation in a good place, but there is Playstation Now where you can play old games with a monthly payment but most gamers would rather play their older games without the monthly payment.

Playstation is now taking a different approach with the pricing for their consoles as there will be two versions of the PS5. One will be able to put in and play physical copies of the game and will cost $500 while the second console will only be digital where you can not play physical copies of games; that console will be 400 dollars. On the other hand, the Xbox series X and Series S will come out at the price of $500 and $300 respectively. When asked what are your thoughts on the prices of the consoles both said

“The prices are great for this generation, everyone has a console they can choose and afford,” said Madamba

“Microsoft is also dropping 2 consoles. Similar to Sony Microsoft is dropping the Xbox series S and the Xbox Series X, these consoles have a $200 price gap. So that really makes you wonder, will the price differences between the two companies be a big factor on how well one console runs compared to one another,” said Coleman

This year is very affordable for next-gen consoles especially on Xbox from selling Xbox Series S at 300 dollars and on PlayStation for selling their console for $400 but both are digital-only. Many gamers are eager to see how the consoles will turnout but gamers do wonder why is Microsoft selling their Series S at $300 and will that mean Xbox will get more sales because of it? Also, how will the new specs work for both consoles for example the new Playstation 5 will use a custom 8- core AMD “Zen 2” CPU that clocks in at 3.5GHZ,  GPU Custom RDNA 2-based graphics engine with ray tracing acceleration capable of 10.3 TFLOPS, and the storage has a custom 825GB SSD 5.5GB/s raw read bandwidth. The GPU is the Graphical Processor Unit the 10.3 TFLOPs, TFLOPS to be put simply is more TFlOPS means higher Resolution and frame rates, the ray tracing is a sophisticated rendering technique to accurately simulate how light moves in real life which is new. The CPU is almost doubled the raw power of the CPU. While on the other hand with Xbox its CPU is built on the Zen 2 CPU and uses 8x Cores running at 3.8 GHz, Zen 2 is a microarchitecture that follows up with the AMD Zen and Zen plus micro Architecture and provides higher performance with lower power consumption. The GPU is a 12 TFLOPs  52 CU and 1.825 GHz custom RDNA 2 and is something new that hasn’t been seen before and will be cutting edge when both consoles release not to mention it is interesting, to say the least, and although it is cutting edge and the Series X is being marketed as “The most powerful Xbox ever.”

It is extremely exciting for gamers not only because of the new games being released but because of the capability of the consoles. Both consoles have their pros and cons, for example, Sony not having their older games being compatible with the PS5, but Sony has more games releasing at launch. On the other hand, Xbox can have games from older generation consoles but not having many games at launch. Either way, both consoles have proved to be able to show their capacity with their consoles. All we have to do is wait and see how the gamers feel about the consoles.