Lady Lobos Fight Until the End 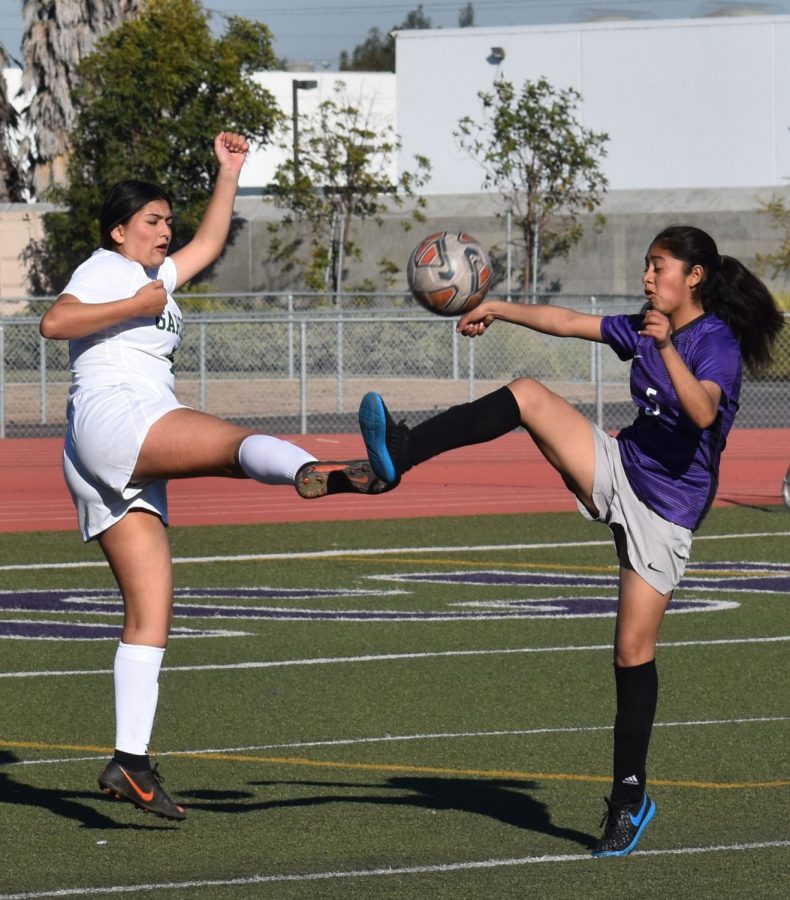 The varsity girls soccer team gave it their all for their Senior Night, February 7th, against Gardena High School. Unfortunately the Lady Lobos lost 6-0, but were still able to make playoffs.

The senior night honored all the twelfth graders on the team, but these seniors were special because all three played for four consecutive years.

Senior and Captain, Marissa Salas said, “I joined because I got an opportunity to try a practice and I actually found it fun and decided to stay because it gave me joy to play.”

Actually, many of the seniors had a similar experience in regards to joining soccer. However, both Marissa Gallardo and Guadalupe ‘Lupe’ Murillo joined during middle school.

Murillo began by playing at the park and even played a bit during middle school, but only began to take it seriously as she became a freshman and joined that same year.

Being seniors who’ve played all four years, the girls were able to see all the team’s ups and downs throughout the years.

“Changing coaches and administration so much definitely brought its own ups and downs; although it was never stabilized and we had to get used to it, it also brought new coaching styles,” said Gallardo. “This year was a year of adjustment for me, the players, and coaches comparatively.”

As this year’s captain, Salas has seen the team change dramatically since her freshman year, since it is now like having a fresh, new team. Still, her and the other seniors were able to enjoy the night all the same.

“I felt sad because I honestly will miss playing soccer, but also happy I committed to all four years; it was bittersweet,” said Murillo. “Senior night I tried to give all my effort because the team and I thought it was our last game, so we played our best despite losing.”

Although the Lady Lobos lost their well fought game 6-0 and weren’t able to win their Senior Night game, they still had the support of RDPS students and coaches.

“Our senior night was great, both the game and when we said goodbye to our seniors. It was definitely one of our best games. We passed the ball around more even though we did lack some communication,” said Alyssa Lomeli. “The seniors made a big impact. They helped us a lot and they will be missed. I’d like to thank the seniors because it was a pleasure to have them on this team.”

The coaches were incredibly proud of the girls since it was about setting the foundation this year.

“It was a rocky start, and we had a couple girl drop out on us, but we had to adapt to that. Luckily we did, and these girls managed to get through the season getting better and better,” said Coach Miguel. “Especially these last couple of games, the girls showed us they have so much potential, and we expect a lot more for the next season.”

Coach Angel concluded by saying he’s proud to coach this year’s group and hopes they continue to play during future seasons.